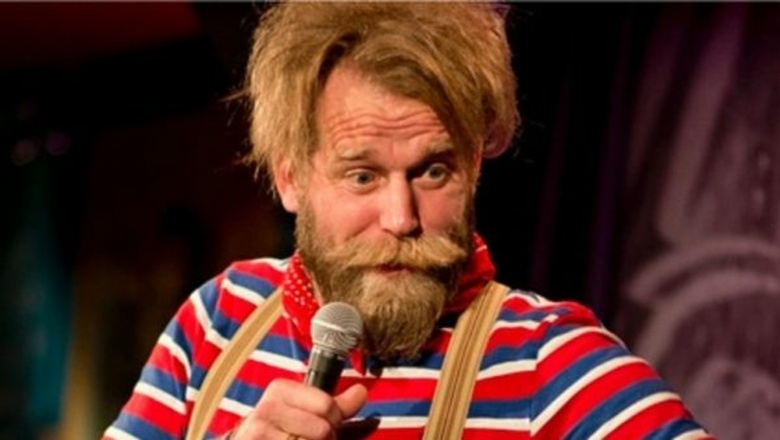 THIS MONTHS HEADLINER THE FANTASTIC - TONY LAW!!!
Winner of the Chortle Award for Breakthrough act in 2012... 14 years after starting out in comedy. He was also nominated for the Foster's Edinburgh Comedy Award the same year.

Tony Law identifies as a Hominid. Homo Sapiens, Neanderthal, Indo-European horse tribesman, an Englishman, a Canadian, a norn iron man, a Trinidadian and a Tobagonian. A dog, a dog owner, owned by a dog, a surrealist, an absurdist and an artist who is comedy of person. A parent, a thrower, a catcher, a reader and a farmer.

Tony Law is a three-time Chortle Award winner, Amused Moose Best Show winner and Edinburgh Comedy Award nominee. He has been described as a ‘surreal genuis’ by The Telegraph and ‘impeccable’ by The Times.

Simon Donald, Internationally renowned lavatory humourist and co-founder of Viz Comic, made history alongside his brother and a school friend by turning their playground antics into the notorious sales phenomenon of the late 20th century. Their magazine and its remarkable story is celebrated in Donald’s highly rated autobiography, HIM OFF THE VIZ.

Simon HAs been appearing as a stand-up comedian since 2005. He has written and performed seven Edinburgh Fringe shows. He often appears as a character comic as a number of different outrageous creations. The most popular of these is Barry Twyford, a hapless market research dogsbody whose surveys often pose more questions than they answer.

He appears as a compere, both at comedy clubs and events, lectures on the history of Viz Comic to arts and business courses and hosts cartoon workshops for younger students.