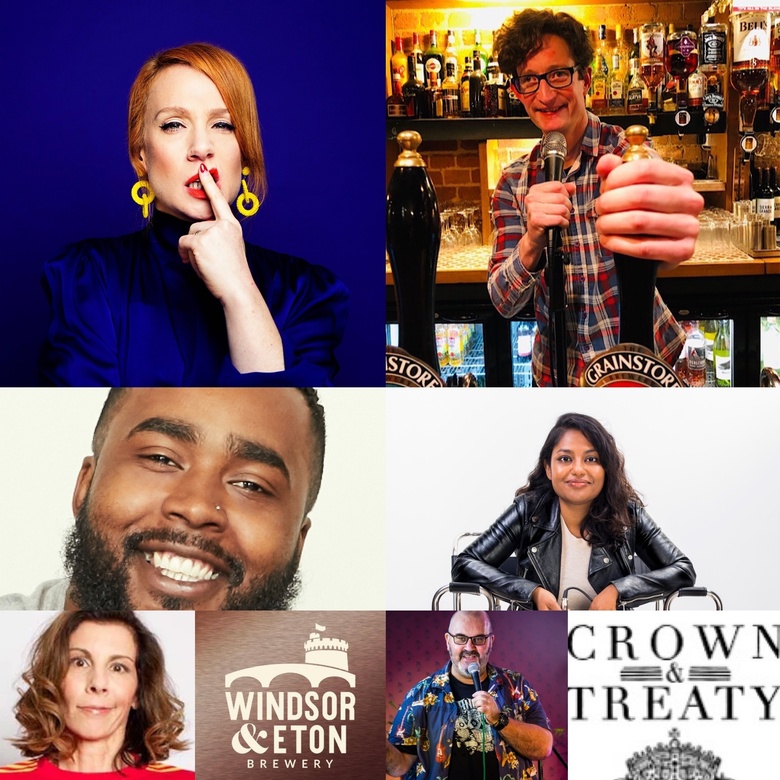 We always have a fantastic line-up of comedy talent providing the lols, plus previous shows have sold out so please book your ticket early so you don't miss out on an epic fun packed evening of live comedy! This month's line-up includes ncluding the wonderful comedy talents of James Dowdeswell As seen on Russell Howard’s Good News (BBC) & Ricky Gervais’ Extras , Sara Barron- As seen on BBC's Live At The Apollo , Frankie Boyle's New Word Order, Would I Lie to You? & Comedy Central's Roast Battle, rising star Kazeem Jamal , Funny Women Finalist Sharlin Jahan & Sonia Aste described as a "sprinkle of Spanish summer"  providing the lols, all hosted by your cheeky charming MC Sion James in the friendly atmosphere of The Crown & Treaty.

£15 Cash on the door ( Subject to availability- previous shows sold out so highly recommend booking well in advance!)

For information and group reservations please contact sionjamescomedy@me.com or text 07734805817

James Dowdeswell
Appeared on Russell Howard’s Good News (BBC), Celebrity Deal Or No Deal with Jimmy Carr (C4), Ricky Gervais’ Extras, The World Stands Up ( Paramount Comedy) “James Dowdeswell is a real master of the comedian’s craft.” Chortle.co.uk
James has published a CAMRA recommended book about his love for pubs "The Pub Manifesto: A Comedian stands up for pubs"

Kazeem Jamal
"New London based act that is growing fast in the comedy world, he’s busy making his name known and you need to see him."

Sharlin Jahan
Sharlin Jahan (as heard on the Now Show, Funny Women Finalist) is a short, Canadian, brown, lady and won’t stop telling (yelling at) you about it. The yelling is humorous though (as can be attested to by her mom).